Geothermal is a Political Statement for this New York Homeowner 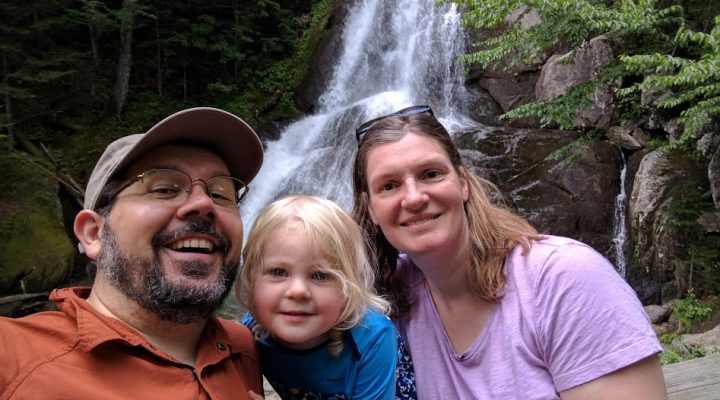 Like many progressive Americans, Sean Dague did what he could to combat climate change. He donated money to environmental causes, and replaced all the lightbulbs in his house with energy-efficient LEDs.

And while he eventually planned to replace his oil-based heating system with something more environmentally friendly, he decided to wait and see whether air source heat pumps got better, or geothermal heat pumps got less expensive. There seemed to be time.

That is, until the 2016 presidential election.

“I felt like we were moving in the right direction, with the federal Clean Power Plan, tax incentives and the Paris climate agreement,” Dague said. “It was progress, and then after the election, they announced that all that stuff’s going to be rolled back. …Climate’s really important, and we’re not going to get any action at the federal level now, so everyone who cares about this has to do more themselves.”

The 41-year-old IBM software engineer joined his local chapter of Citizens’ Climate Lobby. He and his wife decided to begin reducing their home’s carbon footprint by re-insulating their attic and replacing their aging, oil-based furnace. More than 40 percent of the average home’s energy use is consumed by heating alone.

Their four-bedroom, two-and-a-half bath home in New York’s Hudson Valley was originally built in 1960, and the home’s oil tank is original. The oil furnace is around 25 years old, the air conditioning unit is 13 years old, and the hot water heater is newer, as their original unit ruptured sometime after the couple bought the house in 2004. They use around 700 gallons of oil each winter.

An HVAC company gave the family a ballpark estimate of around $16,000 to replace their existing system with a conventional, high-efficiency furnace and quieter, more energy-efficient air conditioner. Their home is built on bedrock, and although Sean had considered a renewable, geothermal-based heating and air conditioning system in the past, he heard it would have been cost-prohibitive to drill in his backyard.

“I had wanted to figure out a way to get us off oil for the past couple years,” Dague said. “The reason why I hadn’t explored geothermal at all was that it was going to be $40,000. That’s a different ballpark, and I’m not sure we can dive there.”

But with Dandelion’s $20,000 geothermal system (after a geothermal rebate from NYSERDA), that “came in a lot closer to the numbers we were thinking,” he said. “We had this number in our head, that getting this giant oil tank out of our basement is going to be $16,000. We could get it out and not be burning fossil fuels anymore for not much more? Let’s just do that.”

His friends and neighbors are intensely interested in the family’s investment with Dandelion, and hearing about their experience after their first winter with a renewable heating and air conditioning system.

“I’m OK being the prototype on this one, because it’s important,” Dague said.

“I work in an industry where I’m quite reasonably compensated. We can and should do everything we can do here,” Dague said. “This house was built in 1960, so making it a ‘net zero’ house is probably not in the cards, but it can be a lot better than it was, and that’s important for us living in it now, and it’s also important for the next people who live here, as it’ll use less energy and won’t require fossil fuels to heat.”