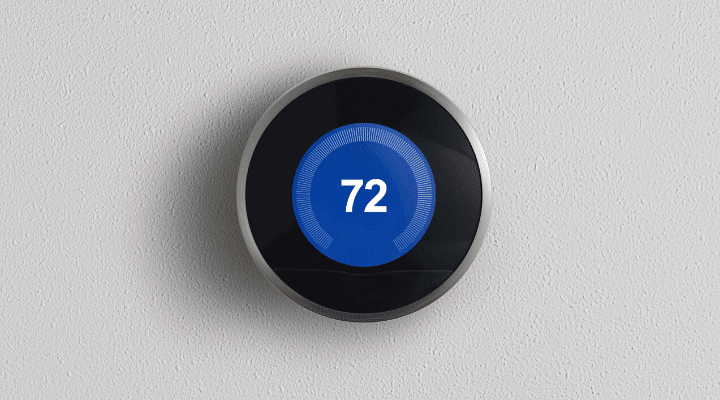 It may not seem like it right now, but the first day of spring has come and gone. Warm weather and air conditioning season are just around the corner! It’s a smart idea to plan ahead for your family’s comfort at home this summer.

Read on for our quick and comprehensive guide to finding the right AC system for you and your loved one.

What are the different types of AC systems?

For single rooms or short-term cooling needs, window air conditioning units, portable air conditioners, and mini splits may be viable options. Window units are small AC units that sit inside a window frame and produce AC for that room using electricity. Portable ACs are similar, but they’re portable: these units are connected to the window only by a retractable pipe, so they can be repositioned around the room as needed.

The upsides to window units and portable ACs are their convenience, compact size, and low upfront size. They’re small and modular, so they can be installed relatively easily. If you’re in a pinch, you’ll probably be able to figure out installation by yourself, without a professional’s help. The upfront price of window or portable units typically only range from one to a few hundred dollars.

Mini splits are a different story. They’re mounted on walls, so unlike window units and portable ACs, they don’t directly connect to the outdoors. They’re similar to central AC in function, but they don’t distribute air around the home because they aren’t connected to any ducts. Unfortunately, mini splits are typically priced in the range of thousands of dollars. They frequently cost more per ton than central AC systems even though they have less functionality — they’re limited to cooling a single room. This makes them relatively unaffordable for what they do.

Also, don’t be fooled by the low upfront cost per window unit or portable AC. These costs can quickly become massive when you scale up the number of units needed to cool each room in your house — not to mention their operating costs, as seen in your monthly electricity bill!

For most homeowners, a central air conditioning system becomes the default choice simply because it isn’t a window unit, portable AC, or mini split! However, central AC is not the only option available. Geothermal cooling is another alternative, and it might be a good option for you.

What is central AC, and how does it work?

Central AC systems, unlike window units or portable ACs, can distribute cool air around the entire house through its duct work. The cycle begins when the thermostat prompts the air handler to pull warm air from the house to be cooled. This warm air flows over the evaporator coils containing cool refrigerant, so heat is transferred from the air into the coil, warming the refrigerant and cooling the air. This newly-cooled air is then returned back into each of the rooms of the home through air ducts.

After that happens, the compressor raises the temperature of the refrigerant even more before it travels to the condenser. Here, the refrigerant transfers its heat to the outdoor air and cools down. Finally, the cold refrigerant returns to the evaporator, and the cycle begins again.

What is geothermal cooling, and how does it work?

Like central AC, geothermal cooling runs on electricity and uses refrigerant and heat transfer processes to cool an entire home. However, this is where the similarities end.

Unlike central AC, there’s no need for two separate sets of equipment for the two separate heating and cooling seasons. Cooling is just one function of geothermal HVAC systems; the same system can also heat your home in the winter. Unlike central AC, the equipment is mostly out of sight. Geothermal ground loops are buried deep underground, out of sight in your yard, and a geothermal heat pump sits inside your basement.

Geothermal cooling works kind of like your refrigerator does. It’s essentially the opposite of geothermal heating: the heat transfer process works in reverse so that heat is pushed out of your home, cooling it. As air is circulated through your home, your heat pump removes heat from the air and transfers it to the water-based refrigerant fluid that circulates underground. The underground temperature (55 degrees) is much cooler than the above-ground temperature in the summer, so heat easily dissipates from the hot fluid into the cool underground. The cold air blowing into your home is the result of removing heat from the circulated air, transferring that heat to the ground, and returning newly-cooled air back inside your home. Finally, like central AC, the cool air circulates around your home through your duct work.

How does central air conditioning compare to geothermal cooling?

Both central AC and geothermal cooling can give you the comfort of temperature control throughout the home more efficiently than a window unit or a portal AC can. These can cool a single room fairly well, but if you install a few throughout the house, the energy costs will stack up fast, and you’ll end up with hot and cold spots.

We can objectively measure and compare the efficiency of central AC and geothermal cooling through their Energy Efficiency Ratio, or EER. This value is calculated by dividing the energy output (AC) by the energy input (electricity). The greater the EER, the more efficient your system is, because less electricity is needed to produce the same result.

Geothermal systems are highly efficient, typically having EERs of 15 and above. Dandelion’s geothermal system has an EER of 16.7. Meanwhile, a central AC system with an EER of at least 11.6 is already considered to be very good.

Central AC systems have a reputation for being noisy, but it’s no secret why they’re as loud as they are. They’re fighting a perpetual uphill battle against science by forcing indoor heat to be absorbed into the hot outdoors, and consuming massive amounts of electricity in the process.

Geothermal AC systems are much quieter because they direct hot indoor air into the cool ground, where heat transfer occurs naturally. Instead of worrying about overworking your AC, you can relax and enjoy the refreshing comfort of a quiet, cool home in the summer.

All of the air conditioning options that we’ve discussed require some form of energy input. Whether you have an army of window units and portable ACs, a central AC system, or a geothermal system, you can’t create cool air from nothing, so some amount of energy will be consumed.

However, beyond the price tag, there are some other important factors to consider. Geothermal is a two-in-one cooling and heating system, so after this one-time cost, you’ll no longer need to pay for a boiler, a furnace, fuel oil, natural gas, or propane for the winter. In the summer, you’ll also end up spending less on electricity than you did with central AC, window units, or portable ACs. Even though geothermal’s upfront costs are higher, operational costs are lower.

Both geothermal and central AC installation depend upon an existing air duct system that routes air distribution throughout the house. If you don’t already have ductwork installed, it’s important to do so before you install geothermal or central AC. Without ductwork, there’s no way for your AC system to pull warm air from your home and return cool air to it!

If your home already has functioning ductwork, adding central AC is fairly straightforward. Installers will first inspect the existing ductwork to make sure it’s able to move air efficiently into and out of your home, and then conduct a manual J calculation to estimate your anticipated heating and cooling needs. After that, you’re good to go for installing the three components of a central AC system: the evaporator, the condenser, and the compressor.

To avoid any mishaps, geothermal installation requires more time and more customizations than central AC installation does. At Dandelion, the process involves the same ductwork inspections and manual J calculations on top of other design considerations as well. The geothermal system includes a heat pump and ground loops, so there’s an indoor installation step as well as an outdoor drilling step. The full timeline can take weeks or months from the initial interest survey to the finished installation, so definitely make sure to plan ahead!

Central AC systems typically last between 12 to 15 years, or 15-20 years if you’re willing to spend a little extra money on an “energy saver” system. Often, the main components significantly degenerate within the first 5 to 10 years, causing a steady decline in efficiency. They also require more regular maintenance and are more likely to incur damage as the compressor is exposed to the elements.

In contrast, central AC condensers are left above-ground and outdoors, so exposure to the elements causes increased wear and tear. As a result, frequent system maintenance is encouraged, if not required.

Most central AC systems have two visible hardware components, and no software components. They require at least one condenser unit, which contains the condenser and the compressor, to be placed outside the home, in the yard. Inside the home, the evaporator coils are typically placed near or on top of the furnace.

Most geothermal systems have one visible hardware component and no software component. However, Dandelion Geothermal comes included with monitoring software that regulates your heating and cooling, and anticipates problems before they arise. Outside the home, ground loops are functionally invisible, buried deep underground in your yard. Inside the home, the heat pump replaces both your evaporator coils and your furnace to save space.

As a renewable source for heating and cooling, geothermal systems are promoted at the federal, state, and local levels through financial incentives. Central AC systems also run on electricity, not fossil fuels, but they still consume more electricity than geothermal systems do, so there are no external incentives available for installing central AC.

Central AC systems provide one function only: cooling. When heating season comes around again, you’ll need to have another HVAC system installed or maintained to stay warm.

Geothermal systems are a convenient two in one HVAC option, providing cooling and heating. You’ll almost never need maintenance, and you’ll never need another oil delivery, so you’re set for this quarantine season and many more pandemics to come.

Is geothermal a good option for your home? Click the button below to see if your home qualifies for Dandelion Geothermal.