Pairing Geothermal Plus Rooftop Solar for a Truly Renewable Home 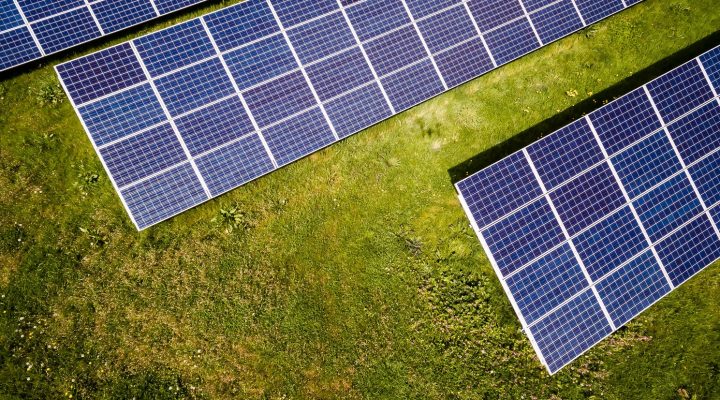 Heating and cooling represent almost half of the energy used in a typical home, at 47 percent. You can understand this when you think about how summer electricity usage spikes when everyone turns on their air conditioners.

These spikes even drive utilities to offer incentives for homeowners to avoid using their AC during peak periods. This can prevent a brownout or total grid failure.

Renewable energy holds the promise of supplying power needs cleanly, safely, and reliably. Technology such as solar and geothermal make it possible to run homes and businesses without burning non-renewable sources such as gas, coal, propane, or oil.

They also have the advantage of reducing energy costs and working independently of the power grid.

Is geothermal or solar better?

Many homeowners now use rooftop solar panels to generate their own electricity. This increases their energy independence and generates clean energy that doesn’t impact the environment.

Solar and residential geothermal produce different kinds of energy for the home without producing any emissions. Rather than competing forces, they’re complementary forces that help you and your home reduce your carbon emissions.

Installing solar panels and a geothermal system in tandem allows homeowners to maximize the benefits of both technologies while enabling complete energy independence. This also means freedom from costly (and rising) monthly utility bills.

Geothermal heating and cooling use the stable temperatures underground to generate heat for a home in the cooler months and remove heat from the home in warmer months.

Let’s learn a little more about each of these energy innovations and how they work so well together.

What is geothermal energy?

This explainer video from the U.S. Department of Energy to gives a 3-minute overview of how geothermal systems operate:

A geothermal heat pump system allows homeowners to tap into the energy sent down from the sun that is stored by the earth:

Home geothermal systems are made up of two major components: a set of underground pipes called “ground loops”, and a heat pump. The heat pump sits inside the home where the furnace used to be.

A geothermal system capitalizes on the fact that just below the frost line, the earth maintains a constant temperature of 55 degrees Fahrenheit, regardless of the outside temperature.

What is rooftop solar?

Residential geothermal systems are great at pulling the thermal energy stored in the earth up into our homes, but they still require electricity to operate. Adding on a rooftop photovoltaic solar system can be the perfect complement to a geothermal system.

Solar plus geothermal provides a source of renewable electricity to power clean, renewable heating for the home. Most rooftop residential solar systems today come with a home energy storage system, which serves as the icing on the cake for home energy independence.

These systems keep everything running (including the geothermal system) in the event of a power outage. Check with your energy storage system installer to confirm that it is wired up to meet the needs of your home if this is something you’re interested in.

Traditional geothermal systems were cost-prohibitive because of cumbersome materials and complex installation. Dandelion Energy changed all that.

Dandelion drills one or more 5- to 6-inch holes about 200 to 600 feet deep in the ground and installs sturdy but light-weight vertical ground loops. A mixture of water and food-grade antifreeze solution is then circulated through the underground pipes where it absorbs heat from the ground.

The 55-degree mixture is then pumped up from the ground loop into the Dandelion geothermal heat pump. The heat is then extracted from the solution and circulated throughout the home using its existing ductwork. This warms your home to whatever temperature you set with your thermostat.

In the winter, the ground acts as the heat source. In the summer, it acts as a heat sink. The warm air is extracted from your home in summer and deposited into the earth where it dissipates without any environmental impact.

Reducing dependency on expensive utilities by installing a residential geothermal system puts money back in your pocket.

Installing a rooftop solar photovoltaic system unlocks the other half of the puzzle by generating the electricity needed to give homeowners true energy independence.

How is dandelion geothermal different?

Dandelion Geothermal was born from X (formerly Google X), Alphabet’s semi-secret research and development lab. At X, a team of Dandelion Energy experts developed a residential geothermal solution to deliver heating and cooling at a fraction of the cost of traditional heating systems.

The idea was to take this incredible technology and make it more efficient and affordable so that more people could benefit from it.

At its core, the Dandelion system utilizes heat pump technology that represents a significant technological improvement over combustion for home heating. We just made it more practical and affordable.

Unlike traditional geothermal systems, Dandelion is made of materials that are easier to transport and install. This makes it a truly plug-and-play geothermal system that has revolutionized heating and cooling.

The Dandelion Energy heat pump does use electricity to operate, but only to pull the bulk of energy up from underground. It only uses a fraction of the electricity.

Removing the boiler or furnace from your home and replacing it with a Dandelion Energy unit is equivalent to taking two cars off the road each year it operates.

Over the 20-year lifespan of the system, it is equivalent to taking 40 cars off the road. That’s an impressive emissions reduction! What’s more, emissions from a furnace or boiler can be released into the home, so switching to a system by Dandelion Energy not only helps the planet, but it actually improves the air quality within your house.