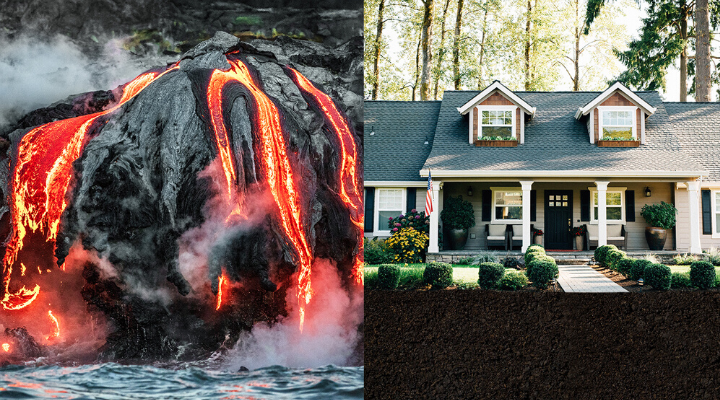 What Temperature Is Needed To Operate?

How Is Geothermal Energy Generated?

Geothermal power plants generate electricity by forcing hot steam or hot steam from the earth’s interior through a turbine. This electricity can be used to power, heat, and cool homes, among other uses.

Meanwhile, geothermal heat pumps circulate fluid through underground pipes, where they absorb heat. This heat is then extracted, compressed, and circulated throughout the home using its existing ductwork, warming it to whatever temperature you’ve set on your thermostat. This means that heat pumps are much more straightforward solutions for residential heating and cooling: power plants must generate electricity first before they can provide electric heat, but heat pumps can immediately begin circulating heat.

Where Is The Equipment Located?

Geothermal power plants must be built over sections of the earth’s crust that are thin enough to allow heat to escape from the magma below. These “hot spots” usually take the form of volcanic or seismic activities, such as hot springs, geysers, and volcanoes. In the US, almost all hot spots are located on the West Coast, which inherently limits the places where geothermal power plants are viable.

It’s technically feasible to engineer enhanced geothermal systems (EGS) in environments that lack underground reservoirs of hot steam or water, such as the vast majority of the continental United States. However, EGS requires extensive planning, construction, government oversight, and capital, and can only be accomplished by federal or state governments and corporations.

If you’re committed to the sustainability of geothermal power plants but don’t have around $3000 to spend per kW, don’t worry — you can try out geothermal heat pumps instead. Almost anyone can take advantage of this sustainable, efficient, and affordable source of heating and cooling in their own yard by upgrading your home with a geothermal heat pump.

Ready to find out if your home is qualified for Dandelion Geothermal? Click the link below to take our short survey!