Home » Blog » Is Geothermal the Next Solar?

Is Geothermal the Next Solar? 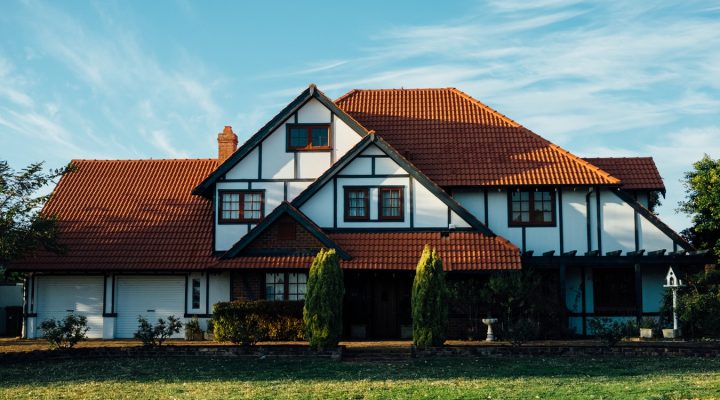 Is geothermal heating and cooling the next solar? To answer that question, we first need to understand the factors that transformed the residential solar industry and see if those same factors are at play today within the home geothermal industry.

Solar panels as we know them today were invented in 1954, yet home solar didn’t surge in popularity until the last decade or so when companies like SolarCity, Vivint Solar, and Sunrun entered the space. Since 2012, the number of employees working in solar in the U.S. has more than doubled to over 242,000 people, and in 2018, a new solar project was installed every 100 seconds. It’s easy to see how pervasive solar energy has become when driving around a typical neighborhood and observing the paneled roofs. If companies like SolarCity didn’t invent solar panels, how did they completely reinvent the industry? The answer is standardizing and streamlining the sales and installation process.

Getting solar used to mean working with a small business that may or may not have specialized in solar but installed a limited number of niche, custom-designed systems each year. As a result, cost was high and installation speeds were slow. SolarCity and its competitors introduced detail-driven operational efficiencies like vertical integration, selling a standardized solution, fine-tuning sales and installation processes, and benefiting from economies of scale to make scaling the technology and experience possible.

Similarly, home geothermal technology was developed over half a century ago but has failed to reach widespread adoption despite being, on average, 48% more efficient than furnaces using gas, and 75% more efficient than furnaces using oil. While many HVAC companies sell geothermal heat pumps, they may only install a handful of custom systems each year, leaving them with little opportunity to develop or refine the specialized skill set required to enable peak system performance, let alone identify and manage inefficiencies at scale.

That’s why Dandelion Geothermal, formerly incubated at Google’s X Lab, is on a mission to make geothermal heating and cooling affordable for homeowners by creating a totally streamlined process from start to finish.

We’re just bringing a similar mind-set to geothermal, which today is very much where solar was a decade ago. We want to sell a standard system.

Not only does Dandelion sell, install, and service our own heat pump, we’re also fully integrated. Our energy consultants work directly with our site survey and design teams to integrate load calculations, ground loop layouts, and other parts of the design process. Unlike traditional heating systems, Dandelion’s heat pump has remote monitoring capabilities. That means that by using wifi and secure cloud storage, we collect data about how every part of the system is operating and make recommendations so it can operate even better. These efficiencies have reduced installation time while increasing quality and performance,

Cost has historically been the biggest hurdle for widespread solar and geothermal adoption, despite the potential for huge savings over time. This cost has decreased and become more manageable in part due to economies of scale, innovative financing options, and extensive state and federal incentives.

In the past, homeowners who wanted to install either energy solution would have to pay prohibitively high up-front costs, as much as $50,000 for solar or $100,000 for bespoke geothermal systems. This changed when solar companies introduced innovative financing options that allowed homeowners to lease their system for no money down or opt to use a low-interest loan with fixed monthly payments. Suddenly, homeowners who were formerly priced out of solar could access the technology and its significant savings – right away.

At Dandelion Geothermal, we like to keep financing simple, with several flexible options for homeowners to choose from, including low-interest monthly loans with $0 down and as little as $150/month.

Both solar and geothermal also benefit from Federal and State incentives. The initial federal investment tax credit was part of the Energy Policy Act of 2005, which was passed to help solve energy problems and provide tax incentives for existing and new types of energy production, including wind and solar. In 2008, the program was broadened to include geothermal heating and cooling systems. The federal tax credit allows homeowners to claim 30% of the amount they spent on purchasing and installing home solar or a geothermal heat pump system from their federal income taxes. In addition, The New York State Energy Research and Development Agency (NYSERDA) offers solar and geothermal-specific incentives, including $1,500 per geothermal heat pump ton (about $7,500 for a typical system).

Thanks to these cost-saving factors, Dandelion’s geothermal system can cost anywhere between $18,000 and $25,000 with incentives.

According to Energy.gov, the payback period for installing geothermal is typically within 5 and 10 years but can be as short as three years! Especially as utility rates continue to climb, the price for getting out of dependency on these resources will pay off more and more over time.

Studies show that renewable energy is not only good for the environment, it’s also good for your wallet. On average, homeowners who install solar increase their home value by 3-4%, and while there are fewer studies analyzing geothermal’s effect on home values, early indicators are positive. For example, an appraiser-led study found that green-certified homes in California were priced 2.19% higher than non-certified homes.

It’s easy to see why homebuyers would pay a premium for homes with improvements that lower their overall energy bill, especially in areas with high utility costs. Homeowners who upgrade to geothermal heating and cooling can reduce costs by 30, 40, or even up to 65%. A typical furnace might burn thousands of dollars of oil or gas each year, but with geothermal, any money spent is invested right back into your home.

Now that we’ve examined some of the factors that helped popularize solar, let’s revisit our initial question – is geothermal the next solar? Thanks to operational efficiencies, affordability, and potential for savings, we believe it is.

This article was previously published on the New York Real Estate Journal.