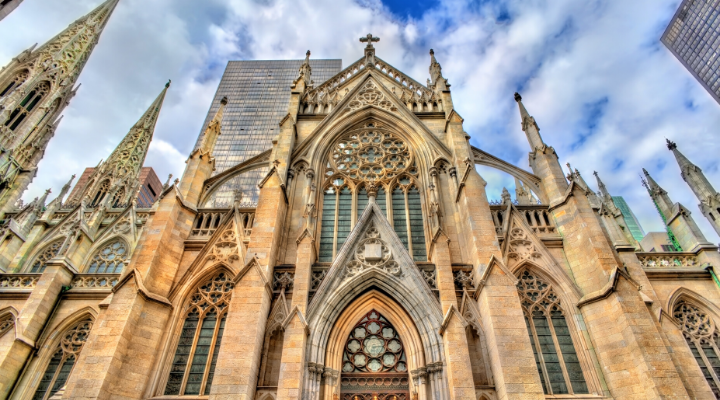 There’s no better time to talk about going green than St. Patrick’s Day. While New York’s very own St. Patrick’s Cathedral may not be able to dress itself in shamrocks and celebrate, on the inside, it’s surprisingly one of the greenest buildings in the city.

Bridging The Past With The Future

Construction on St. Patrick’s Cathedral was begun in 1858, but it didn’t open its doors to worshippers until 1879. Since then, it’s remained a New York City landmark, bringing in over 5 million visitors through its doors each year. The cathedral is rightly proud of its traditions and history, so over the course of the last century, the exterior of the church has remained largely unchanged. But underneath the old-world facade lies an ultra-modern heating and cooling system that few of the cathedral’s millions of visitors would guess is there.

Prior to 2017, the cathedral’s heat was provided by oil-powered steam radiators, but after 60 years, it was time for a replacement. The church decided to look towards the future by switching to a geothermal heating and cooling system. They hoped to serve as an example to other historic buildings across the country, proving that eco-friendly initiatives don’t mean compromising the building’s look and feel.

Converting to a more renewable HVAC system fits perfectly with the cathedral’s mission of serving the wider New York community. By reducing its carbon footprint, the cathedral is helping to make NYC a cleaner and more sustainable city. This philosophy aligns well with Pope Francis, a long-time supporter of sustainability who has personally encouraged people all around the world to break their dependence on fossil fuels. In the words of Monsignor Robert T. Ritchie, “A consistent ethic of life does not compartmentalize these issues. It prioritizes life and the preservation of life at every level. One of the most basic ways in which we are called to do so is through responsible stewardship of our natural resources.”

The Financial Case For Geothermal

The cathedral is the largest building in Manhattan that’s making use of geothermal heat pump technology. Not only is geothermal a more sustainable option, it’s a financially sound one too. The switch was “the most sustainable, cost-effective, long-term energy option for the cathedral” Monsignor Ritchie said. The cathedral estimates they’ve eliminated the cost of burning 218 barrels of oil per year, reducing its yearly expenditures and carbon dioxide emissions by 30%. For a 76,000 square foot building, this equates to a reduction in 200,000 pounds of carbon dioxide annually, the weight of five tractor trailers.

Bringing Geothermal To The Mass(es)

Although NYC is known for its harsh winters and sweltering summers, St. Patrick’s has succeeded in keeping its building comfortable without a supplemental heating and cooling system. While the cathedral’s geothermal installation cost  35 million dollars, homeowners in New York can get the same technology for a fraction of the cost. To learn more about getting geothermal for your home, click the button below.