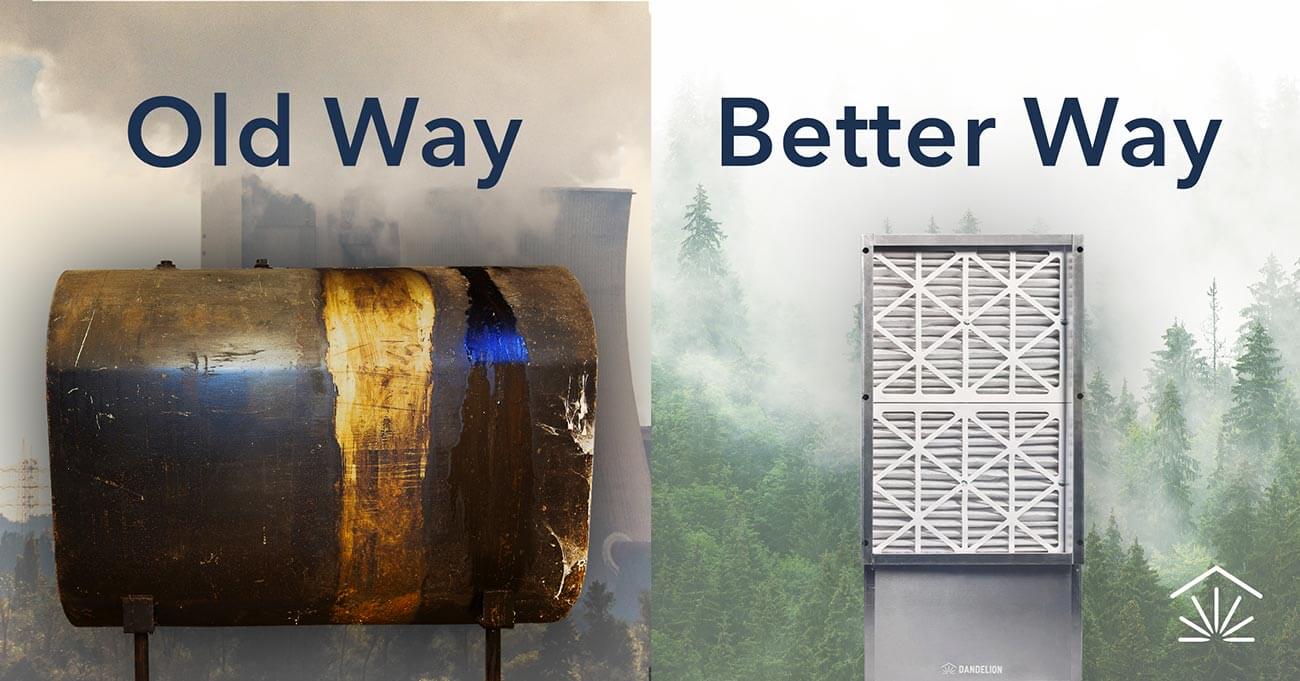 You’d be hard-pressed to find a home heating option that’s as expensive, dirty, and inefficient as fuel oil. It’s no wonder that homeowners are upgrading to clean, renewable, energy-efficient geothermal heating and cooling in record numbers. Here are the top five reasons why folks are making the switch:

Any homeowner who relies on oil for heat will tell you: fuel oil is expensive. According to the New York/New Jersey utility company PSEG, a 2,000 square foot home with good insulation will spend upwards of $5,300/year on fuel oil alone. The average homeowner will spend eight years in their home, meaning that folks with fuel oil furnaces can expect to burn through upwards of $45,000 in heating costs.

Contrast that with geothermal, which eliminates your separate heating bill altogether by harvesting renewable energy from the Earth to keep your home warm. That said, a geothermal system does require higher upfront costs for installation. Fortunately, you can finance a Dandelion system with no money down and pay as little as $150/month! On top of that, the federal government, most states, and many utilities offer generous incentives to go geothermal, further increasing your savings. You don’t have to take our word for it, either: Vox declared geothermal “a better value than their competitors over the lifetime of the system.”

Unlike a traditional heating system, geothermal will not only keep your family warm in the winter, it also provides hyper-efficient cooling for the summer! That means that in addition to eliminating your oil bill, you also get the added bonus of central AC at no additional cost from the very same system!

Beneath the frost line, the Earth is a steady 55 degree temperature year-round. To heat your home, a geothermal heat pump taps into that consistent temperature which allows the system to operate at 400% efficiency, keeping your family warm even on the coldest winter days. In the summer months, that process works in reverse. By removing heat from your home and depositing it into the Earth, Geothermal systems circulate cool air to keep you comfortable through the dog days of summer.

3. Geothermal is low maintenance and long-lasting

Oil furnaces burn dirty and require annual maintenance to operate safely and efficiently. If you have an oil furnace, it’s recommended that you get it serviced by a professional at least once a year. Most fuel oil providers are happy to provide you with that service, for anywhere from $300-500.

Geothermal absorbs heat through “ground loops,” pipes buried underground that harness thermal energy from the Earth to provide efficient heating and cooling. Once installed, those ground loops can operate maintenance-free for over fifty years, no service contract necessary.

4. Geothermal is safer than oil

Any traditional heating system that relies on combustion will produce dangerous carbon monoxide, and fuel oil is no different. Even before it gets to the furnace, oil can be hazardous if its storage tanks are compromised. Leaks from oil tanks aren’t covered by most home insurance policies and can cost homeowners tens of thousands of dollars to clean up.

Geothermal doesn’t burn anything. Instead, it harnesses the ambient energy from the Earth to provide renewable heating and cooling. That means it doesn’t generate any carbon monoxide and doesn’t require storing hazardous material on your property to work.

5. Geothermal is much, much better for the environment

Burning fuel oil generates carbon emissions that contribute to climate change. In fact, fossil fuel combustion inside American homes accounts for 29% of all greenhouse gas emissions in the US.

Geothermal is renewable, carbon-free, and hyper-efficient. That means upgrading to geothermal will not only save you money and keep your home comfortable year-round, it’s also one of the best ways to reduce your carbon footprint.

Make the switch to Geothermal for as little as $0 down and $140/month.