When Natural Gas Runs Out, The Geothermal Solution Emerges as the Clean Choice 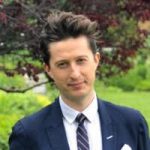 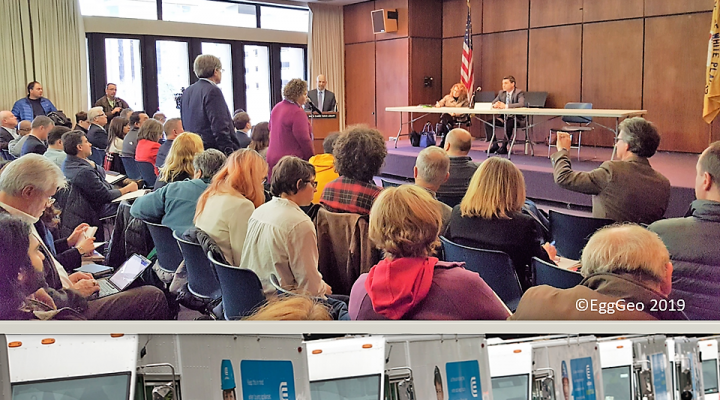 This is the story about the Westchester County, NY Natural Gas (NG) moratorium that was imposed by Con Edison in March 2019.

It’s also about a man on a mission; his name is Bob Wyman. You can see him in the image at the Con Edison Gas Hearings at the White Plains Library on February, 13, 2019.

Before getting too deep into the story, I’d like to point out that the very reason this issue came up (running out of NG capacity), barring any emissions concerns, infrastructure costs, or other matters, is because existing pipelines simply could not handle the capacity of the growth in the area. Putting in more NG capacity was out of the question…

The normal “business-as-usual” solution would have been to upgrade the gas capacity in the ground, or in other words, install larger and more NG pipeline capacity. But that does not fall in line with the 80% emissions reduction strategy of New York State, and indeed the world. What we have found while going through this exercise is that there are several solutions provided that are far more beneficial than we even realized. We needed a renewable energy heat source, since natural gas is used to provide combustion heat for homes and businesses.

If you look at the image below, you will see that both the natural gas system, and a geothermal heating and cooling system need a pipe in the ground. Interestingly, it is actually the same material for both types of pipelines, high density polyethylene. There are several major differences beyond the fact that both need pipes in the ground. The first difference is that the geothermal pipe does not consume anything. Rather it is constantly recycling the renewable characteristics of the thermal energy in the Earth.

The next item to note is that geothermal provides heating and cooling. Natural gas provides space heating.

Finally, and perhaps the most important item is that there are no on-site emissions with an all-electric geothermal heat pump. In one simple strategic move, we have eliminated the need to supply other consumable resources (natural gas) to this pipeline by installing a permanent geothermal pipeline for homes and businesses. As a result, there will be no shortages or price hikes due to supply and demand. The thermal resources of the Earth will always be available for the nominal charge of the electrical pumping energy.

The first question most people might ask is how much does it cost to put in a natural gas pipeline compared to a geothermal heating and cooling pipe line. According to Con Ed, the average run is 49 feet & costs rate-payers $22,000. This is the cost only for the tap from the main to the house and does not include the furnace or any other costs. According to Central Hudson Gas & Electric, it can be closer to $35,000 per customer to keep the gas on with older pipelines. They say that in that case, it would be better to switch all the customers on that section to a geothermal line.

The average cost of a geothermal Loop is about $15,000. Comparing the two, obviously the geothermal pipe is favorable in first cost, and with no consumables associated with it, it becomes a durable piece of infrastructure; quite the opposite of a natural gas pipe, which becomes essentially a stranded asset.

I’ve had the privilege of working with natural gas companies for a few years now. I’ve watched them dabble with the possibility of becoming a geothermal utility. After all, they are in the energy business. Most any financial analysis would prove that it’s a better business model to sell a connection to an energy source that is on site, perpetual and renewable. I was pleased to get my hands on presentation from Central Hudson Gas & Electric which showed a strategic upgrade of their natural gas system to a distributed geothermal heating and cooling system. It’s really nothing new, geothermal utilities have been growing over the last couple of decades. Smart Energy utilities like Con Edison, National Grid and Enbridge are leaving no Stones unturned as they investigate the virtues of getting into the geothermal energy distribution business.

Energy utilities have invested our money into natural gas infrastructure. Similar geothermal loop structure cost less, and has all the virtues needed to help us reach our goals to reduce carbon emissions, and use renewable energy. The real focus here comes down to complete electrification of our homes and buildings. Simply put, the grid already has a good supply of green energy supplying our needs. Over time, the green energy supplied to the grid continues to grow as more solar panels, wind farms, and other renewable resources are added. On April 1st, New York Joint Utilities (all utilities acting as a group) are requesting PSC approval to spend an additional $289 million on heat pump deployment before 2025. In the document, each utility lays out its plan for achieving its share of the PSC’s order that New York State save 5 Trillion BTUs via heat pump installations by the end of 2025. Much of this spending is in addition to the $250 million that is already approved for the Westchester Country Clean Energy Action Plan which addresses the gas moratorium in that county.

Are you concerned because you don’t have the time to become certified as a designer or installer? That’s no problem. Most everyone needs continuing education units (CEUs) to keep their license current with the authorities that have jurisdiction. You can go online and earn 6 hours of CEUs, while getting a good overview of the technology from IGSHPA. Log on to the course, Introduction to Geothermal Systems Technology to get started on your way. You can stay online for more in depth courses. For plumbers, note that the pipe is HDPE; it handles and installs similar to gas pipe. There’s a lot of opportunity for trade uptake within the exisiting skillset.

Special thanks to Bob Wyman, (Beneficial Electrification Advocate, Geothermal Heat Pump Advocate, Founder of Dandelion Energy, Google Consultant, etc.) for his vigilance in mining data for years that has helped bring these numbers and these results.

This article was originally published in the June 2019 issue of PHCP News.