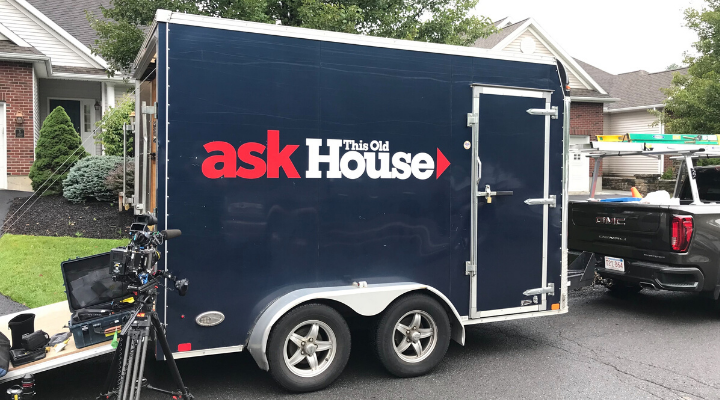 The home-improvement show, This Old House, recently took an inside look at a Dandelion Geothermal installation in Albany, NY. Let’s explore some of the ways Dandelion is making home geothermal more affordable and accessible.

What is geothermal HVAC?

A geothermal HVAC system uses the ground’s naturally-occurring heat to warm (and cool!) your home. It’s a clean, renewable technology that runs on electricity alone. According to Ross Tretheway of This Old House, geothermal is “incredibly efficient and requires no fossil fuels.”

Geothermal systems typically consist of two parts: the ground-source heat pump that replaces your furnace inside your home, and the ground loops that are buried underground in your yard. These two parts work together to pump heat from the ground into your home in the winter, and dump unwanted heat from your home into the ground in the summer.

Why isn’t geothermal as common as other renewable energy sources?

Solar installers also typically offer generous financing options to make the technology more affordable for homeowners. With the exception of Dandelion Geothermal, geothermal installers generally don’t offer financing options, and the large upfront cost can be prohibitive. On a macro level, this can explain why home geothermal isn’t as commonly seen as other renewable energies in the United States.

It all comes down to a simple matter of addition and subtraction. Air temperatures often vary seasonally, reaching as low as the 10s in the winter and as high as the 90s in the summer. Meanwhile, the temperature hundreds of feet underground remains a stable 50 to 55 degrees year-round, regardless of above-ground weather, season, or climate.

In the past, geothermal was primarily only applied to large-scale projects, such as major renovations or extensive new constructions on massive swaths of commercial land. The technology for home geothermal systems existed, but it was too expensive for most homeowners to afford. Now, due to the recent innovations highlighted in This Old House, geothermal has become much more affordable and accessible.

What are some of the innovations that have made geothermal more accessible?

At the same time, geothermal drilling rigs have also innovated to become more compact and agile. These smaller rigs can squeeze into suburban yards and drive over lawns and driveways without causing the same disturbances as a conventional well drill. Dandelion Geothermal uses “sonic drilling” technology and reusable casing to easily slide through layers of earth.  Ross of This Old House explains, “You’re basically hammering the ground at 9000 times per minute, which allows the ground to vibrate so fast that it actually becomes like a gel, which allows you to drill through the earth so quickly.” Using a conventional system, installing 60 feet of casing takes around 7 hours. With Dandelion’s sonic system, it only takes 30 minutes.

Once the casing is in place, the “down the hole” drill does the real work. It drills into the center of the casing, through layers of earth and bedrock alike, typically stopping after it has reached a depth of around a few hundred feet. And the best part is, the water from the mud that is displaced by the drill is extracted to be reused again, helping to reduce the cost of installation.

Next, a ground loop and a grouting loop are lowered into this newly-drilled well to complete the drilling, looping, and grouting process of geothermal installation. The grouting component is extremely important. Dandelion’s Drilling Operations Manager Thomas Cronje explains, “The first purpose is to conduct heat from the soil to the ground loop, and the second purpose is to ensure that no pollution or impurities can actually penetrate the soil towards the aquifers.” Now, the casing can finally be removed and reused after ground loop installation to cut costs and reduce waste. Installing geothermal ground loops is now far easier than ever before and, as a result, far cheaper as well.

Geothermal is now accessible to almost every homeowner, thanks to innovations in the installation and operation of both parts of geothermal systems — heat pumps and ground loops. The heat pumps can now be retrofitted into older homes; and the ground loops can now quickly and easily be installed underground, even in residential neighborhoods! That said, geothermal isn’t right for everyone.

Take our short survey to find out if Dandelion Geothermal is an option for your home.